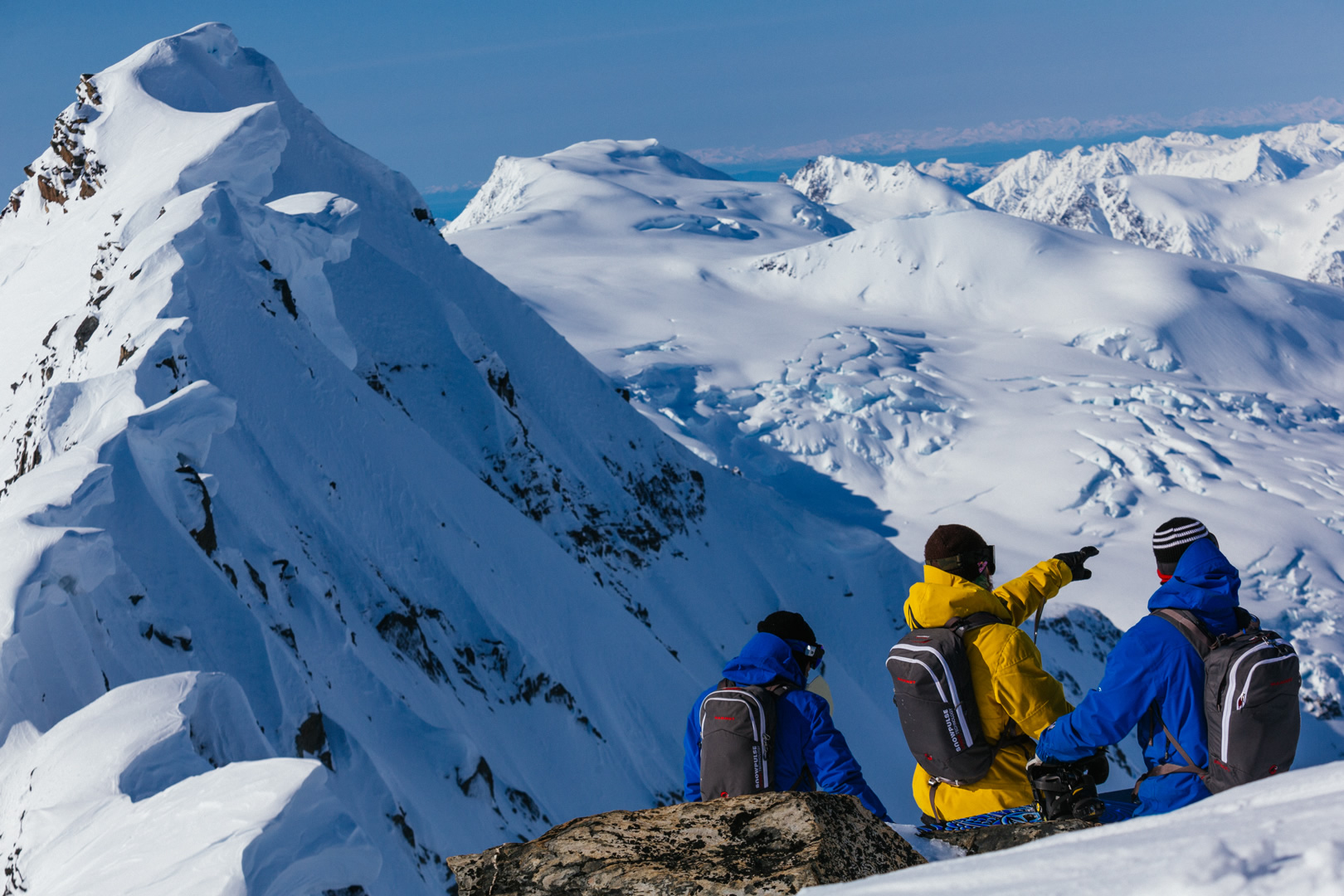 Why Heli-Boarding in Alaska Will Make You Question Everything 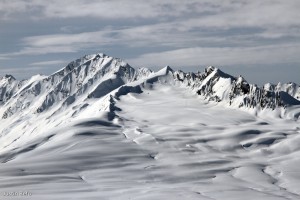 Sure, you’ve seen the photographs in the magazines and online, and you’ve streamed the video footage of pro riders shredding steep spines and faces in waist-deep powder. But, believe me, until you actually fly out into The Chugach Range on a cold, clear Spring day, you will continue to have no idea what you’re missing. There are certainly some aspects to this experience that can be more-or-less conveyed through photos or word-of-mouth, but sensations involved with Heli-Boarding in Alaska will make you question everything that you now perceive as reality.

Initially, you’ll begin to question your own senses, and an uncomfortable feeling of self-doubt and delusion begins. Experiencing sub-freezing temperatures under sunny, mid-day, blue skies; and becoming hypnotized by the opaque blueness of the ancient glacial ice as you ride into an ice-cave the size of a high-school auditorium. You’ll question the depth of the snowpack, the expansiveness of The Range, and the sheer steepness of every mountain insight. There is really nothing else on Earth to prepare you for this, so the questioning of reality begins.

To even think about going heli-boarding in AK, it’s obvious that you have to be somewhat experienced in backcountry riding, and somewhat familiar with mountainous terrain and snow quality. This is where your little world again comes into question. Wherever you’ve been riding before; be it Jackson, Whistler, Squaw or even Chamonix- after a week in Alaska, those mountains will forever seem puny in your mind.

You’ll step out of the helicopter on a peak the size of parking spot, and the only way down is on an untracked, 50° face of perfect snow. And in every direction, there are hundreds of similar mountains and no signs of life anywhere, except wolverine tracks spanning the mile-wide glaciers, and bald eagles soaring overhead. To the North, looming above miles and miles of jagged peaks and hanging glaciers, is the 20,000-foot dome of Denali; and to the South, the endless blue expanse of the North Pacific.

And all those years of studying snow science in the Rockies and the Alps will only make understanding the stability of the feather-light powder resting on super-steep slopes even more confusing. How the snow comes in moist off of the Pacific and lands on the peaks and glaciers of the Chugach seems comprehensible, but how it dries itself out during the sub-freezing night and becomes lighter than champagne bubbles yet remains stable and almost never slides will have you questioning science itself.

And of course you’ve ridden the double-black-diamond runs in the Lower 48, and have mastered the (mostly) untracked conditions of the West. But how is it; that after becoming comfortable with flying around unending mountains in a spaceship, and getting used to unending natural beauty, that it becomes actually much easier for you to master shredding steeper and deeper slopes up here in Alaska, than you could have ever dreamed of riding back home.

Is there a different gravitational pull up here at the 61st parallel? Or is there some sort of energy that makes us perform better? Or is simply that having an epic experience just sets us in a semi-zen state of riding? Or is it just that the combination of such light, untracked snow and such perfectly angled mountains just make snowboarding almost effortless and unarguably euphoric.

You will question everything about mountains and snowboarding, that you previously were pretty sure about. And it will seem like acceptable magic. And if you never experience a perfect, heli-boarding powder day in Alaska, then you’ll remain having no idea what I’m talking about. Come up and experience the magic, and then you’ll question everything…